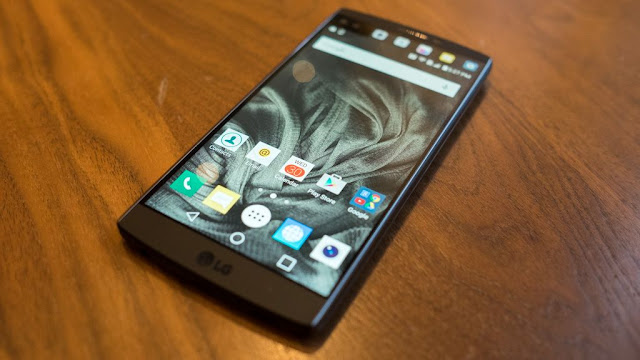 LG phones has made a lot of  improvement in their phone specification and their android phone is one you must look out for.The image above shows the front of the device only,and notably it doeasn’t look to feature a second camera lens in quite the same way as the leaked renders do.

The leaked V20 image also appears to show the same always-on-top displays as the V10,which ticked away info like the time,weather and notifications.There’s also a distinct lack of apps on the homescreen,which could be sign the V20 will shunt bloatware in favor of a more streamlined user experience. 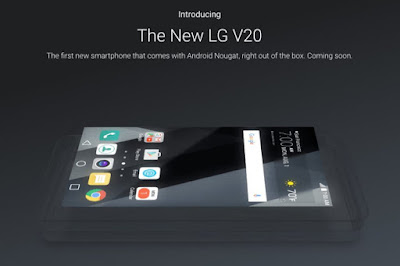 The LGV20 has been one the best phone that have comes this year.The shots look a lot like earlier leaks of the phone,but where previous images only had one visible front-facing camera,these show the dual-lens camera that we were all expecting the LG V20 to have.The phone also come with a dual-LED flash and also appear to be a autofocus.

Feature Rendered
The renders include a rear mounted fingerprint scanner and a button or port on the right edge,which is reminiscent of the module release button from the LG G5 and these version were present in the earlier renders too.

There’s a report saying that the LG V20 could have a 5.7inch QHD screen,a 20MP or 21MP rear camera,dual 8MP front-facing ones,a huge 4000mah battery,a high end Snapdragon 820 processor and 2GB or 4GB of RAM.We will know about the LG soon cause they promise to annouced it on September 6.